Posted in About, Renovations

One year ago, we sat with our real estate agent and signed our names to the dozens of pages that come with buying property. We reflected on the 9 months it took for us to get to that point. There were a lot of challenges to overcome and so much that we learned along the way for what was in store. Every signature was a celebration of making our dream a reality. It was New Years Eve and we certainly had a new adventure waiting for us!

One year later, we’re sitting in our living room with glasses of champagne toasting the first anniversary of 48 Fields. A lot of things can happen over the course of 365 days, and I’d like to think that we’ve done exactly that – made things happen. Some days were filled with excitement as we see the progression of our work. Many days were filled with frustration knowing that so much more remains to be accomplished. I sat down and put together an album that documented a lot of “before and after” photos of different projects as a gift to ourselves this Christmas. Some of the transformations were pretty amazing.

First, up the main farm house. We didn’t do much significant work to the house this year, but we did take down a couple of large dead trees out front. A few big branches were hanging precariously over the power lines and we didn’t want them being torn down this winter!

This is the side of the house. Amazing what you can see when you clear our a lot of the excess scrub trees. Clearing out scrub you’ll see was a main part of our work in 2014.

We have a small cottage on the property. It’s in pretty rough shape inside mainly due to a terribly leaking roof, so we got that replaced when we did some small patch work on the main house and barn.

The barn. This was the big area of our focus and it will continue to be next year too. Here’s a little before and after, obvious paint job still in progress.

This is the back side of the barn. Look how much more open it is now with all the overgrowth cleared out!

Doors were important for us to get early on so that we could properly secure the barn. We had them custom made by Geppetto in Richmond, Virginia. They did an amazing job of harvesting wood from another one of our barns that needs to be torn down. This is the small back door.

Double doors on the back of the barn.

Double doors at the main entrance on the front of the barn.

The other big project – probably the biggest project – of the year was redoing the floors and column supports on the lower level. You can see the barn used to be a storage unit for, frankly, a lot of junk. Once it was cleared out, we could really see the size. But it was still filled with the old dairy pipes and equipment that we had to removed. Then, we had to break up the floor to remove the raised curbs and troughs so that we could pour level again. There were definitely some detours and delays along the way, but I sure did a happy dance when it was finally done. I have the tile all picked out and it will be installed in the spring.

Being made of concrete block on the lower level, the barn is in amazingly good condition given it’s age. We did seal off the loading dock on the front of the barn to create a hallway to the future bathrooms and we sealed off a collapsing, haphazardly-made doorway to the silo.

These stairs are currently the only entrance to the upper level of the barn. They definitely weren’t up to code in their previous condition and the short, narrow red door was falling off, so building the new staircase was one of our first projects. We had to expand the upper landing, raise the roof of the doorway, and custom order a door closer to standard height. I think it took me almost as long to apply the white stain as it did to build the whole structure here! All those railing posts are time consuming!

This is the side of the barn. Not much is planned to happen here in terms of building use since it functions more like the back of the barn, but it’s pretty representative again of all the clearing we did this year. You couldn’t even walk through much of it at the beginning, right?

Again, more clearing. What the photos don’t fully show is that there are dog kennels three rows deep made from chicken wire fencing. You can only imaging how hard it was to clear all the tall grasses, trees, and vines that had grown up between everything there!

It’s hard to tell what this area is, but it’s a big open fields next to the house. It is where we plan to hold wedding ceremonies, and now it’s cleared out and level. Just a little bit of new landscaping needs to be added and it will be ready to go!

Finally, this is part of the driveway. It’s one of the last projects that we did this year. Now in some ways it looks better in the before photo because of all the lush greenery and it looks pretty barren now in the winter. But it was all overgrown and had too many random plantings along the sides to really be nice. We cleared it out to put in landscaping of our own that will be even better! Those fence posts are actually gone now too.

Whew! Too much time spent in prickers and fencing over the past months, but it’s made such a difference! We know so much more remains ahead of us and that this long-term project is still long-term. Our plans have been mapped out for 2015 and I can’t wait to see the transformations that are waiting to happen this year!

We hope you continue to follow along with our journey!

« Renovation Updates: October 2014Before and After: Barn Doors »

We believe in sincerity and hospitality. In classic, in comfort, in elegance without extravagance. That everyday luxuries can be found in the smallest things. And that the best days are ones filled with friendship and laughter. Set on front porch swings with a glass of sweet tea. Or fine wine. We know that rustic doesn’t have to mean roughing it. That it’s better to kick up your heels than to dig them in. And that reasons to celebrate come in all sizes.

We believe in sincerity and hospitality. In classic, in comfort, in elegance without extravagance. That everyday luxuries can be found in the smallest things. And that the best days are ones filled with friendship and laughter. Set on front porch swings with a glass of sweet tea. Or fine wine. We know that rustic doesn’t have to mean roughing it. That it’s better to kick up your heels than to dig them in. And that reasons to celebrate come in all sizes. 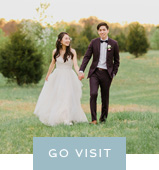 We are a cider house that hosts unforgettable barn weddings for couples who want to impress their guests in a relaxed, authentic environment. Go from being in love to sharing a life in Northern Virginia wine country.

We host unforgettable barn weddings for couples who want to impress their guests in a relaxed, authentic environment. Go from being in love to sharing a life in Northern Virginia wine country.

We host unforgettable barn weddings for couples who want to impress their guests in a relaxed, authentic, and fun environment. Go from being in love to sharing a life in Northern Virginia wine country.

This website uses cookies to improve your experience while you navigate through the website. Out of these cookies, the cookies that are categorized as necessary are stored on your browser as they are essential for the working of basic functionalities of the website. We also use third-party cookies that help us analyze and understand how you use this website. These cookies will be stored in your browser only with your consent. You also have the option to opt-out of these cookies. But opting out of some of these cookies may have an effect on your browsing experience.
Necessary Always Enabled
Necessary cookies are absolutely essential for the website to function properly. This category only includes cookies that ensures basic functionalities and security features of the website. These cookies do not store any personal information.
Non-necessary
Any cookies that may not be particularly necessary for the website to function and is used specifically to collect user personal data via analytics, ads, other embedded contents are termed as non-necessary cookies. It is mandatory to procure user consent prior to running these cookies on your website.
SAVE & ACCEPT